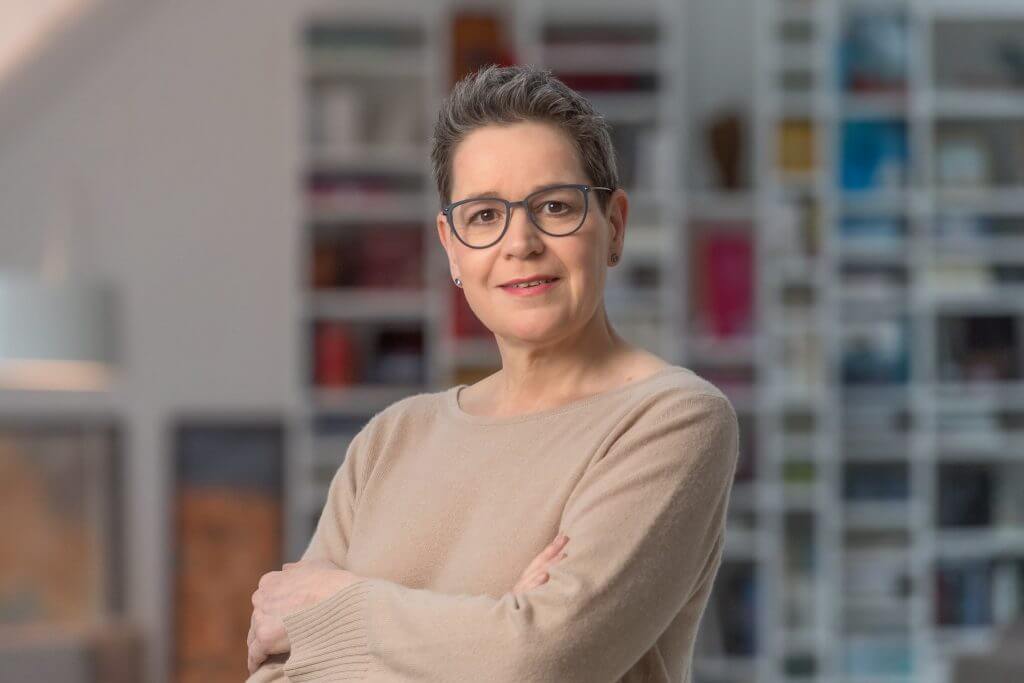 Do we need different power structures to allow women to participate?

At the end of her brilliant book Women & Power, historian Mary Beard claims that we must change the structures of power to allow women to participate. Power, she argues, is historically bound to prestige. It is elitist and reserved for a select few. This structure fits well with highly traditional hierarchical models and historical stereotypes. And as a result, we see not only few women but also few members of minorities in powerful positions; be it politics, media or industry. [A look into the female quota in the German parliament or the latest AllBright report regarding women in management shows that Germany is even worse than other Western countries in this regard.]

Why we need to change our mind-set

Time and time again, men (not to mention women) ask me for a detailed analysis of statistics in different areas and the reasons behind the lack of women in some areas. They’re looking for arguments confirming that there’s nothing to worry about and no need for a change.

So why do I believe we need more diversity in management and politics? What will change if we have more women in top positions? What problems will they solve? Will we really see better business performance or friendlier workplaces if there are more women in certain companies or in the parliament?

For me, these questions are what the change is all about! We don’t need more women to take care of so-called “women’s issues”! The mere fact that we exclude certain groups of people from major decision-making processes not only runs counter to democratic principles; it also hinders us from making the best use of the capacities and competencies we have in the population as a whole. [And if anyone still claims the reason is that one group of human beings is better and smarter than all the others and the existing system merely reflects this “fact”, I would argue that in crises and at universities, women have proven that they are no less intelligent or less capable of leading in complex situations.]

Women have always had a complicated relationship with power. Let us first ask ourselves what it is that keeps women away from power. Do women even want power? One answer I hear a lot – especially when we talk about power within professional hierarchies – is that women simply don’t want to have power. They enjoy mentoring, they like working in teams, they shine when it comes to social intelligence, and they hate conflicts. This answer is highly influenced by the common Western stereotype of women. And there is some truth to it. I often meet women who tell me that they don’t want to have power – at least not when it comes with the stress of resolving conflicts with peers, playing political games and making unpleasant decisions. There is a female desire to please and a male image of manoeuvring to gain power, both of which can be traced back to our stereotype-influenced education.

The role of stereotypes

For males – according to commonly held stereotypes – it is important to be powerful. Kids learn this lesson early on, at the playground. And mothers as well as fathers, peers and the media tend to reinforce this behaviour in boys. Don’t be weak, don’t cry, be the best at sports.

And for girls? When I was growing up, the female role models in movies were either sex symbols who ended up in bed with the hero, or ugly bad women who ended up dead or beaten up. I admit, here the early James Bond or Indiana Jones films come to mind. The images have changed a bit recently. But the dominant role model is still not Pippi Longstocking or Arya Stark, one of the main characters on Game of Thrones, but rather the contestants on Germany’s Next Top Model. And think about the way women are treated in Game of Thrones. They mostly go through terrible turmoil, are all lonely, and some are feared. They may be respected, but none are loved. And don’t all human beings desire to be loved? Men are loved when they have power, but women are not.

Yet, a frequently told story is that of a woman coming to power when there is no man around who is willing or able to tackle a crisis, as failure could ruin his career. These stories indicate that women are ready and willing to step in when no man is around. And they often do quite brilliant jobs in these cases.

Nonetheless, “power” and “woman” do not naturally fit together. The “casual” powerful woman in commerce or politics does not exist as a role model – despite women like Angela Merkel and Theresa May, Sheryl Sandberg and German business manager Tina Müller, who actually have power. If you read the comments about their behaviour and look and compare them to comments on their male peers, you will see that they are judged by different standards.

Does language play a role here, too? [This could and may be a blog topic of its own.] Women who are in top positions got there by “breaking through the glass ceiling”, “entering new territories”, and “climbing over the wall”. These expressions make it seem as if they were entering forbidden areas, not places where they naturally belong. By the way, recruiting language is clearly gender-specific. Men don’t readily apply for positions that call for an empathic and caring person, while women rarely go for positions calling for a rock star with outstanding, world-class performance. We are trapped in our own stereotypes.

Moreover, the media reflect stereotypes about women. The topics that women present on or discuss in the media are predominantly “female topics”, while the experts in other areas are very often male. Many of the invitations I receive to give interviews have nothing to do with my financial expertise, but instead with my “special role” as a woman. So, the public recognition of women largely remains connected to female topics.

How new technologies could change the way we view power

New technologies could change the meaning of power in organisations and public services. Hierarchies are ill equipped to tackle fast-moving developments outside of an organisation, and innovative ideas rarely blossom in controlled environments. Social media has demonstrated that networks can be more efficient than centrally managed systems. A real-world example has shown that it only takes a third of the time to develop a car in an open platform than in an established and controlled system. And customers and voters alike hold more power in these new structures, because they can more easily make their voices heard.

Furthermore, in social media you gain power by gaining followers. Here, the hierarchies are irrelevant; what matters are the messages you convey and the solutions you offer. Plus, you don’t have to wait for somebody to ask for your expertise; you simply provide it to those people who are interested.

So, will technological advances automatically make power more democratic? Will it change from being associated with prestige and outstanding roles to a common good for all who want to participate? Could this be the path to diversity in power? And if so, what will it mean for women? We’ll see. But I firmly believe that technology gives us unprecedented opportunities here. It’s up to us to seize them.

Can the old system change?

The other question is whether change is possible in the old system. In the old structures, change is more complex. We see more participation of employees and customers in places where women make up 50% or more of a given group. But we still aren’t seeing more inclusion on decision-making boards (except for areas where regulations like quotas have been implemented). And we still see plenty of resistance to change. “To those accustomed to privilege, equality fells like oppression” (anonymous) – I think this quote fits very well here. There is a fear that women will get all the good jobs, and that comes alongside the fear of a changing environment that will make new skills necessary in the future. I frequently meet men who are scared that they will not have a career anymore if the system changes. I meet men (and women) who hate women in power and claim that they tyrannize men (and other women).

But changing the way power works and is assigned to people does not mean that there will be winners and losers. There is so much to do in our world, and companies will need every resource they can get to face the future and grasp the opportunities that are presented to them.

I believe that the way to help more women into decision-making positions is to introduce more good role models in the business world, media and politics. Women must become role models by taking on responsible positions when they are offered to them. It is up to you to be a good example for young girls. To lead by example. To go and publish articles in your area of expertise. To offer your expertise to the media. To suggest other women for important roles. And of course men should and will do the same.

This way, the old power structures will be eroded from several sides at once: through networking, innovative technologies, and good role models. If we succeed in achieving this goal, we can move on to solving the real problems in the world.