What does a Non Executive Director actually do everyday?

An Overview from an NED. Very often I am asked what a Non Executive Director (NED) actually does. This is sometimes combined with the assumption that it is a boring job – because you sit in endless meetings with no real impact. Some may even think an NED equals a NERD – which is not really case, unless the person was already nerdy before.

And especially because Supervisory Boards are attracting a great deal of attention this year – in Germany companies like Volkswagen, Deutsche Bank and Thyssen Krupp are all over the media – I would like to create a bit more transparency about the position. I think it’s important for potential candidates but also for a broader public to understand the tasks and responsibilities involved – together with those areas that are not part of the job. Also, it helps us NEDs when more people actually understand what our job is.

One-tier versus two-tier – What’s the difference?

First, it is important to understand the difference between the Anglo-Saxon and the German system. In the Anglo-Saxon world you most often have a one-tier system, while the two-tier system is much more common in Germany. While in the one-tier model, the Executive Management works together with Non Executive Directors to discuss strategic questions as well as some of the operative business, the two-tier system draws a clear distinction between the Executive Management, which is responsible for the operating business, and the Supervisory Board, which is responsible for oversight. The supervisory board is not allowed to interfere with the operating business. Another important difference is the participation of employees in the Supervisory Board in some German companies, which depends on their size and legal structure.

In both systems the corporate strategy, portfolio and responsibilities of Executive Board members are areas the boards must be involved in. Currently for example there are discussions regarding the need to clearly separate the segments of an enterprise to create more value.

And there are of course some synergy effects. Last year the new regulations regarding General Data Protection (GDPR) and Corporate Social Responsibility Reporting were topics for all boards, and therefore I could use what I knew about them more than once.

A part-time job – How much time does it take?

Another question I’m regularly asked is how much time and effort it takes to be an NED. In normal times – if there are no crises or big projects like mergers – there are four meeting a year. Very often one of them is two days long, dedicated to discussing the strategy. That basically means five days per mandate. Adding preparation, committee meetings and further training on top, I would say that four board positions result in least one hundred work days per year. So, it’s not really a part-time job. 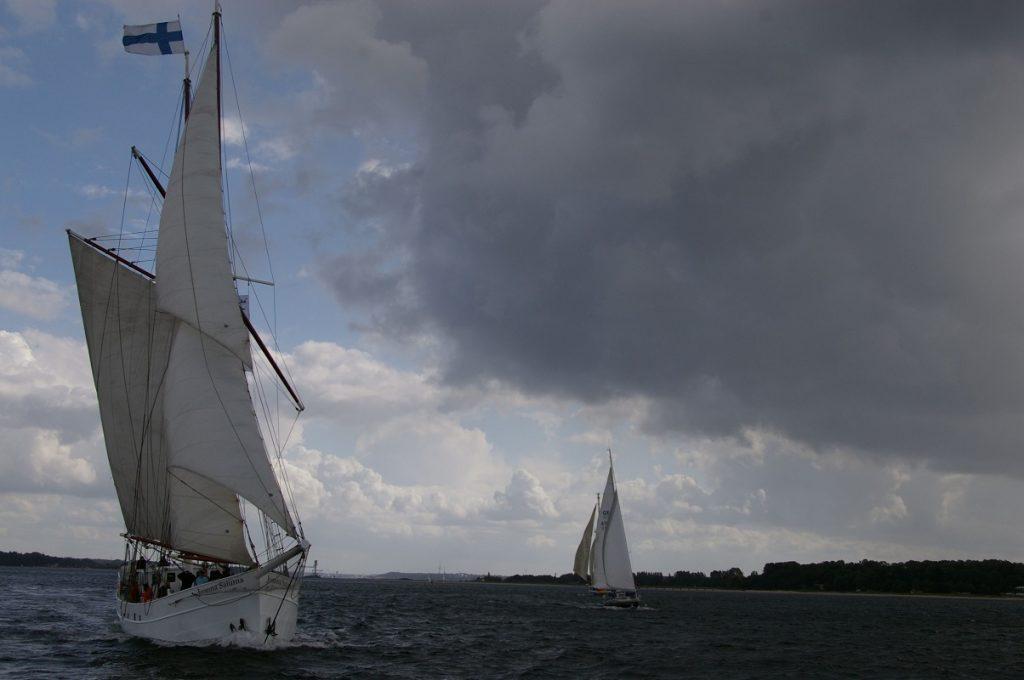 Overboarding – What does the Supervisory Board have to do with water sports?

When you consider the amount of time needed to fulfil the duties of an NED in a responsible manner, it becomes clear that one person can only serve on a limited number of boards. When you’re a member of too many boards, we say you are “overboarded”. This of course has nothing to do with water sports, although it can mean that you “are in over your head” with all the work you have to do.

Investors, as owners of the shares, naturally have an interest in directors being able to focus on their work and having enough time for the job. Therefore, investors review the mandates of a proposed candidate for the board during the election process at an Annual General Meeting (AGM). In the past, having seven mandates besides an operating job was not uncommon – today it would be impossible. I hear more and more critical comments from investors during AGMs.

I am currently a member of four Supervisory Boards – three in Germany and one in Ireland. I’m not the chair – which is a special task with a higher workload – of any of them, though I do serve on some audit committees. I consider this a good number – but I certainly couldn’t have done it while working as a Chief Financial Officer at the same time.

What’s exciting about being an NED?

Isn’t it boring? You can’t influence the operating business and are expected to assess decision papers without a deeper knowledge of the company! These are remarks I hear on a regular basis. This assumption, together with the personal liability, is what discourages people from considering becoming an NED. Personally, I like the job. In the best-case scenario you are not only a supervisor but also a challenger and consultant with a background in other industries and know-how from other companies. Nearly all companies face challenges and disruption. Within the enterprise you naturally rarely find critical views. From the outside – from the media, analysts and investors – the management gets demands, sometimes-conflicting requests, and pressure. The Non Executive Director is there to give the Executive Management the opportunity to discuss in a trustful environment the challenges, alternative scenarios and impulses coming from other industries, so as to find the best solution for the company. I enjoy that role. At the same time, I find that I learn a lot. I recently wrote about Cyber Security  – exchanging notes with other Board Members and the deeper knowledge gained through seminars help me to stay up to date and not lose track of the latest developments. And this is much easier than in an executive job, where day-to-day business has to take priority.