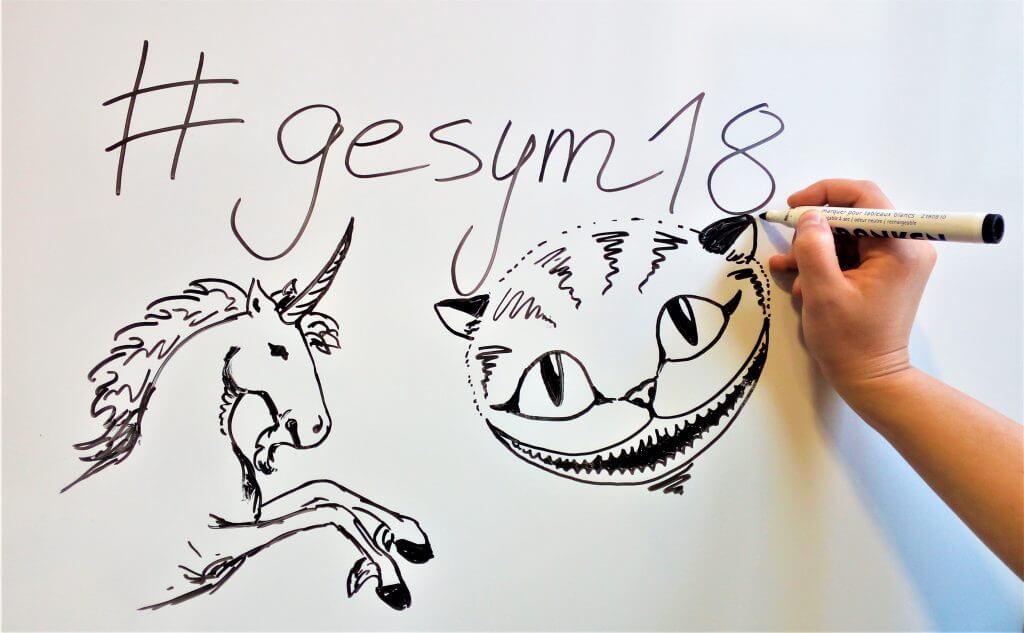 Last Tuesday, I attended a great panel session at the Global Economic Symposium (#gesym18) discussing “the future of work and education in the digital age” with three experts. The symposium took place in Kiel, my hometown, and was part of “the digital week in Kiel” (#diwokiel). It was organized by the Kiel Institute for the World Economy.

The other three participants were John Zysman, a Professor at Berkeley Political Science; Jason Blackstock, Associate Professor of Science and Global Affairs at University College London, and Daniel Samaan, a Senior Economist at the International Labour Organization. So we had people savvy about politics, science, workforces and enterprises – the perfect mix to discuss what is needed and what will be done by these stakeholders to ensure the future of work and education in the digital era.

John started with a keynote, the title of which was a little intimidating: “Beyond the Hype: Platforms and AI in the era of intelligent tools and systems.” But John explained it in an easily understandable way by using plenty of analogies.

I especially liked his description of the Cheshire Cats and the unicorns. While everybody is talking about and praising the few unicorns, the start-ups creating a market value beyond a billion, few are mentioning the multitude of Cheshire Cats, start-ups or Initial Coin Offerings (ICO), which disappear without a sound, leaving nothing but the smile on the faces of the few investors who left early enough to get their money out.

Inspired by John’s input, we then started the discussion. We soon focused on how governments and policies can help companies get ready for the changes in the way people work. This was partly because Daniel Günther, minister-president of Schleswig-Holstein (of which Kiel is the capital), was also a host of the event. He stressed that the government, and especially local and regional authorities, play an important role in innovation, providing platforms where small and medium businesses can learn about new technologies.

I think that the idea of exchange matters for bigger companies as well: They should be part of it, and in return they can learn something about speed and flexibility from smaller companies. But I also agree that in some areas that concern the public good, like infrastructure and health, the government should start playing a bigger role.

I strongly believe that the task we all share is taking away people’s fear. And this is the job of all stakeholders, be they companies, politicians, unions, or scientists. Jason expanded the thought by saying that we take away fear by giving hope. In this context, he highlighted the necessity of lifelong learning, which our curricula in schools, universities and companies do not yet support to the necessary extent.

The digital age is a huge opportunity if we use it to enable people of all ages to learn and so gain self-esteem. And we all agreed that Europe has huge opportunities to develop and expand its digital skills and to improve its position.