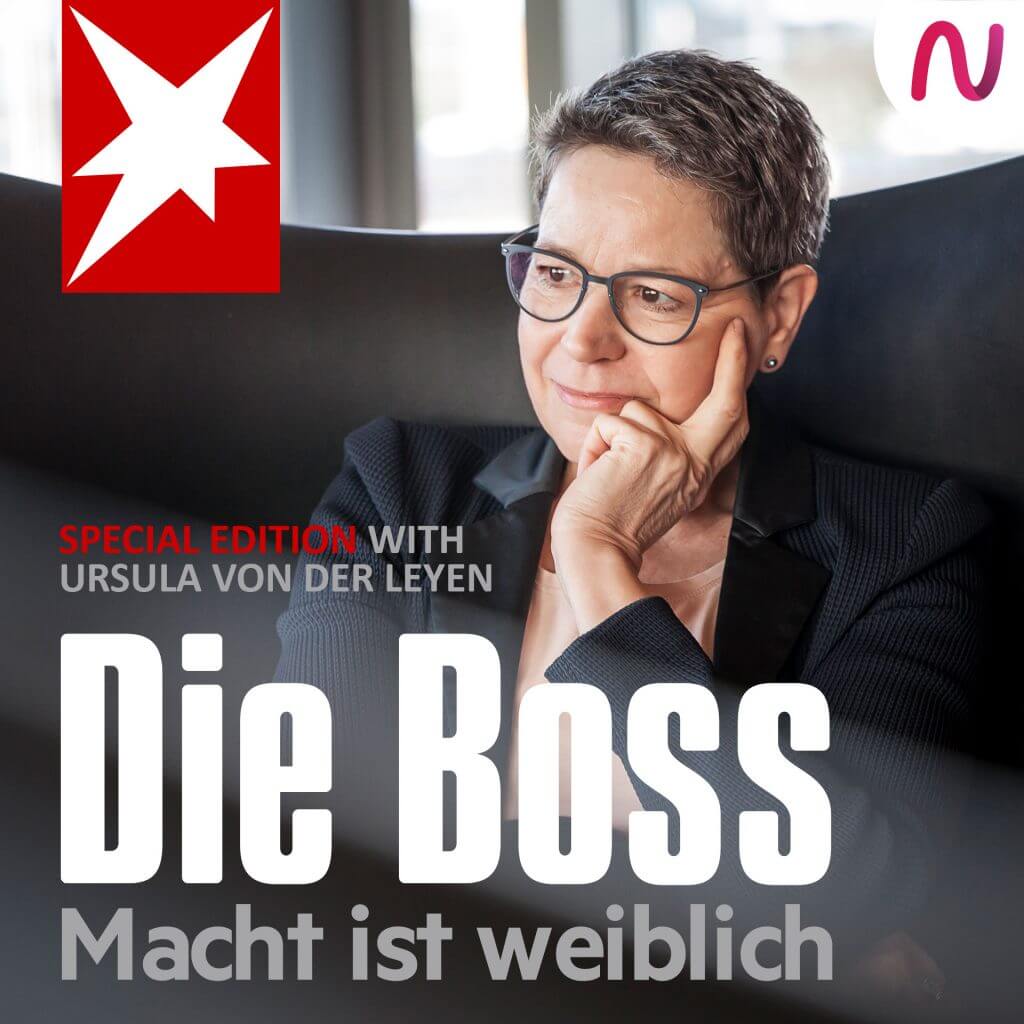 A very special new episode of my podcast: Last week, Ursula von der Leyen joined my podcast as a guest. What’s so special about this episode? First of all, we released this episode alongside the Stern focus topic on the gender quota and the campaign “Ich bin eine Quotenfrau”. The general idea behind the campaign: Quotas do enable women to pursue ambitious careers and help especially in fields that are overwhelmingly male. Ursula von der Leyen and I both proclaim: “Ich bin eine Quotenfrau”. You can learn more about the campaign, the 38 other participating women and their stories here. Want to know my personal standpoint on this topic? Then check out my accompanying blog post here.

And then there’s of course Ursula von der Leyen’s impressive career and her personality. As former German Minister for Family Affairs, Labor, and Defense and current first female President of The European Commission, she has balanced political leadership positions with raising 7 children. In fact, her success sometimes has an intimidating effect on other women who may look up to her, but also wonder: “How does she do it all?”

During our conversation, Ursula von der Leyen explained vividly why her career was not quite as perfect as it may seem now. She also highlighted how her attitude towards gender quotas has changed. When she was younger and studying medicine, she was certain that she and her fellow female students would master the challenges ahead of them and be able to build their careers based on their skills. However, looking back at her class 30 years later, a lot of those women don’t work in the medical field anymore or didn’t climb the ranks.

She also recalls when she first became aware of the gender inequalitieshat affects Germany as a whole. As Minister for Family Affairs, she was working on a campaign on career opportunities for both mothers and fathers. For a statistical overview she looked at the non-executive boards of large German companies. At this time, those companies had had self-committed diversity goals for leadership position for ten years – and yet, statistically, nothing had changed. She made a similar observation during her time as a Minister for Defense: Here, the same number of qualified women were hired in entry positions in one area (medicine) as men and yet, their numbers went down with each leadership rank. I could relate to her experience a lot since I have not only met a lot of women in leadership positions that have changed their view of quotas overtime. I also changed my own view after I suddenly realised at one point in my career that I was the only woman in a room or in a comparable position – and that this wasn’t going to change any time soon.

Yet, Ursula von der Leyen has also made a lot of positive experiences with diverse teams, in particular in the last years of her career: When she was appointed as President of the European commission, she asked the countries represented in the EU to submit suggestions for the commissary roles. She got all kinds of feedback: From countries suggesting three men, to countries suggesting only women. At the end, what matters to her though is the success of the current team consisting of 13 women and 14 men – and how differently discussions are lead and results are achieved compared to other political rounds she has been a part of. That is why she is now convinced that gender quotas do matter – at least until there are about 30 percent women on a level and them being there has become entirely normal.

You can listen to the podcast on all major hosting platforms or on the Stern website.